Ponyo on the Cliff by the Sea

Ponyo on the Cliff by the Sea .. is an animated film by Hayao Miyazaki, the same genius who did Spirited Away, for those of you who are familiar with Japanese anime. Anyway, it is also one of Sugarbabe 2's favourite movies, she'd been asking for this cake since last August, so I had no choice but to deliver.

Add a caption
My talented husband put his Warhammer miniature painting and figure sculpting skills to good use and helped me do the house and road. I am so married to the right guy, haha. The rocks are chocolate candy rocks which I literally had to beg a cake shop to sell to me. The car and ponyo figurine are actually bath toys from Japan, and the rest are sculpted from sugar gum paste. The base cake is a very rich Valrhona dark chocolate and coffee buttermilk cake (my 'go to'recipe for chocolate cakes!), with chocolate fudge icing. And oh, the green flock is dessicated coconut! 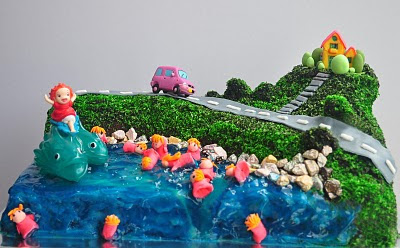 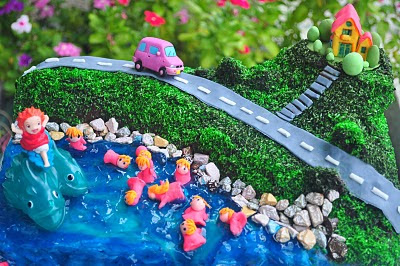 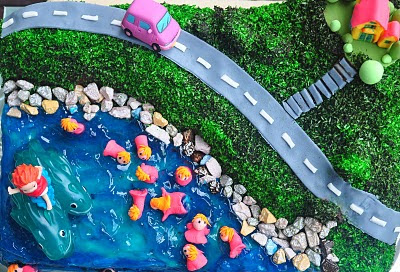 Posted by Sugahmommy at 2:12 AM

Subscribe to A Spoonful of Sugah by Email
Labels: birthday cake, chocolate, ponyo on the cliff by the sea